After witnessing one of the best NBA season it would be a shame for the NBA to lock out the players and go on a hiatus.
This is as a result of a breakdown of negotiations between the players union and the NBA team owners reaching a collective bargaining agreement. According to Forbes Magazine 20 of the 28 NBA teams are losing money. It is hard to imagine that with full arenas and a sport at the peak of its popularity, so many teams are not making money. Owners want to reduce the length of rookie contracts, reduce the revenue sharing, amongst other things. That means this morning at 12:01am the players are locked out of the NBA facilities.

It is official, the NBA is on lockout. Players cannot enter the facilities to do any workout. Now we have the NBA and the NFL both in lockouts. It should not come as a surprise that so many teams are losing money. Some of the teams not making the playoffs are paying players $10 -$12 million dollars a year. If they are not getting into the playoffs year after year, how can they generate any money. The NBA is full of over-priced athletes who do not understand that the fans are responsible for their extravagant lifestyles. Now, I am all for everybody getting good money for their talents, but how many fans are making even a million in a year.

The NBA system is broken and needs to be fixed. Imagine that television ratings of NBA games were at their highest this season, jerseys and other products are selling, and attendance at arenas are up. So, what is the problem? Consider the fact that Greg Odem was drafted number one five years ago and has only played 82 games. Yet, the Portland Trailblazers just agreed to an 8.5 million contract to keep him. How ridiculous that is for the Portland Trailblazers? Few teams have more than one superstar. If all the superstars want to go play on one team in a big city, what will happen to teams in small cities? Maybe this is a wake up call the likes if Lebron James who can live a life of luxury while ordinary fans continue to live their “troubled” lives. Let’s see when this will all end. 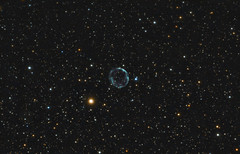